Heading into a divorce, you’re likely so overwhelmed with legal, emotional and financial issues that probably the last thing you want to be thinking about is how it’s going to impact your taxes.  But considering the tax effects of your decisions can make a big difference to your financial situation down the road.

Here are some major ways that your taxes can be influenced by getting a divorce:

You may be facing even further tax issues in your divorce: retirement plans, allocating jointly paid estimated taxes or prior year tax carryforwards, property settlements instead of (or in addition to) alimony.  For any of these cases, before you sign your divorce decree, it’s wise to consult a financial professional who understands the tax issues surrounding divorce – even better if you can involve them earlier in the process.

Note:  Tax laws are constantly changing; the facts in this blog are accurate as of January 22, 2018. 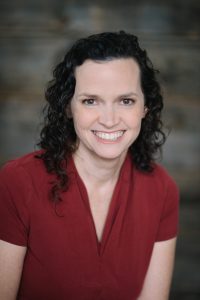 Allison Bishop is a financial coach with twenty years experience as a CPA.  She started her financial coaching business in 2015 after seeing a real need for unbiased, sensible, and empathetic financial advice, and earned the Certified Divorce Financial Analyst designation in 2017.  Allison graduated from the College of William & Mary in 1997 with a degree in Business Administration, and earned her CPA license shortly afterwards.  She started her career with a traditional accounting firm in Washington DC, and then transitioned into forensic accounting and litigation consulting.  Upon moving to Maine, she spent twelve years preparing taxes for an accounting firm in Portland.  She served as a trustee of the Falmouth Memorial Library for ten years, including six as Treasurer, and recently served as co-chair of the Library’s successful $2.8 million capital campaign.

Search for a Collaborative Attorney, Coach and/or Financial Professional in the state of Maine.