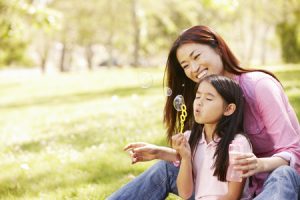 Of all the issues a person faces during a divorce, the most important and sometimes overlooked is how the children will be affected by the process. Children often need extra attention before and during a divorce. With these basic guidelines, your children can successfully survive your divorce.

Draft a Child Agreement.  This is a plan between you and your co-parent for how you will treat your children during and after your divorce. This Agreement simply reflects your intent and serves as a guide in troubled times. It can be a beacon of reasonableness in the heat of your divorce and after the divorce is final. For example, your Agreement might include the following:

Talk with your children.  When getting ready to tell your children that you are getting divorced, try to implement the following:

Consider providing counseling for your children. Children often benefit by having someone other than a family member to speak to about their situation. More often than not this is a preventative step and establishes a relationship for the child with a trusted adult should an issue arise in the future.

Help your children become resilient.  Resilience is the ability to recover from change, difficulties, misfortune and adversity. You can help your children develop resilience and guide them toward a successful adulthood by making sure they have the following:

A Collaborative Coach can assist parents before, during and after the divorce to accomplish the above points and help their children survive and thrive. 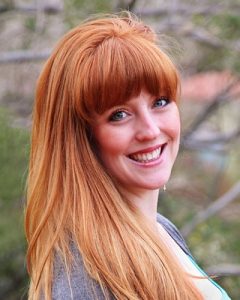 Katelyn Baxter-Musser, LCSW received her MSW from Arizona State University and her BA in psychology with a Minor in criminal justice from American University in Washington D.C. Katelyn has been in private practice in Maine since 2015 and prior to that lived in Arizona where she maintained her private practice and was a supervisor for a local mental health agency. Katelyn is a Certified Eye Movement Desensitization Reprocessing Therapist and has extensive training in working with individuals, couples, and families who have experienced trauma. Katelyn was trained in Collaborative Law in 2017 and practices both collaborative law coaching and mediation. Katelyn takes a solution-focused approach to help clients identify their needs, find their voice, and develop communication skills to use long after divorce has ended. 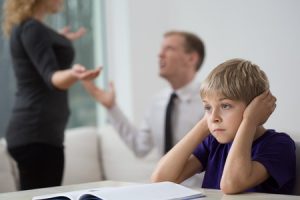 Contentious separation is one of the most difficult things a person can experience. When children are involved in a highly conflicted separation, they can become collateral damage – unless parents put children’s interests ahead of their own.  Parents need a lot of support and guidance to get through this process and achieve a “new normal.”  Every separation is unique, but there are many commonalities that occur, and there has been a great deal of research on how to effectively support families through this process.

It goes without saying that parents need to take care of themselves as they go through a separation, or else they can’t be fully present for their children.  Along with the dedication of both parents, children may also need the support of an experienced clinician if they are struggling.

Choosing a therapist who can avoid these five obstacles will give your child (and family) a greater chance to benefit from counseling:

A therapist who does not work with both parents has the potential to make things worse; aligning with one parent over the other can perpetuate the problems that exist for the child. Without involvement from both parents, the therapist cannot possibly have a complete picture of what is happening with the child.  Children will often communicate very different perspectives of their situation, depending on which parent is with them in a therapy session.  If a child is unhappy in one home, it is important that they have a safe place to discuss any issues.

Mistrust is typical between separated couples, and so when one parent initiates contact with a particular therapist, the other parent may immediately perceive that the therapist has been biased by hearing perspective from only one ex-partner. It is very challenging for the second parent not to question whether there has been an alliance created by the therapist with one parent.  A therapist who openly addresses this issue up front has the best chance of building the trust of the whole family, which is necessary for effective therapy.

A child of divorce typically does not give both parents the same message. Often a child wants to please both parents.  A child often figures out that one of the most endearing things they can say to a separated parent is “I love staying with you, and I don’t have as much fun with dad/mom.”   Words like that are powerful and seductive to a separated parent.  In this scenario, the child will often tell each parent that they prefer to be with them; the child unwittingly contributes to the conflict.  It is essential that parents resist the lure of such compliments, and respond that they want to help fix what’s going on at the other house so that the child can feel safe and happy at both households.

A skilled therapist will empower the child to find their voice, help parents see how they may be contributing to their child’s anxiety and stress, and show parents what they can do to provide comfort and stability.

To give the therapeutic process the best chance for success, both parents should participate in alternating sessions. A child attending a session with one parent will often express a very different view of reality when participating in a session with the other.  For this reason, it is very helpful for the therapist to get a fuller view by checking in with both parents on alternate weeks.

A technique that is employed in some therapy models includes a “semi-confidential” check-in with each parent, where the information the child shares with one parent is also shared with the other. This provides a level of accountability for the child to be consistent in what they are sharing with each parent.  The purpose is to help the child express their true feelings with their parents, in a manner intended to make things better.  The therapist is then in a position to help the child and parents understand why it is difficult to say certain things; for example, a child may feel that they are hurting one parent’s feelings when they talk about having fun with the other.  It is also an opportunity for the therapist to guide each parent in clarifying that they want the child to enjoy time with both parents.

After a check-in with the parent, the therapist spends some individual time with the child to process what happened during the check in, and to strategize how to address any concerns that arose. It is also time for traditional therapy, where a child addresses issues in their life affecting their well-being.

When a couple separates, each parent goes through a major trauma that interferes with their ability to function well. While going through this major life-changing event, there are forces in play that make successful co-parenting difficult.  Among these forces are a parent’s bruised ego that wants to be the favorite parent; as I’ve mentioned, some children want to please both parents and so tell them conflicting information. Then there are children who may try to take advantage of the two households, and play each parent off of the other.  There is often, at least initially, poor communication, which often puts children in the role of message deliverer and makes children feel responsible for perpetuating parental arguments.

Often friends join in the conflict, as well as extended family members. Money issues arise, and cause visceral angry reactions.  There are often different values between households that emerge and contribute to parental conflict.  New significant relationships emerge and confound an already dysfunctional system.  Occasionally, there are issues around mental illness and/or substance abuse, which complicates matters exponentially.  Finally, when parents are involved in the traditional, contested divorce process, this system seems to encourage each parent to root for the failure of the other to improve their own position…meanwhile, the children are emotionally harmed.

A therapist experienced in the impact of separation and divorce on children can guide parents through this overwhelming process, refer parents to appropriate resources to address the many minefields of divorce, and focus attention on the needs of their children.

Going through a separation or divorce is a serious loss for all involved; the grief is akin to a death in the family. Children are particularly vulnerable in a separated household; there are many dynamics that are happening to them, and parents often need guidance to navigate their children through this trauma.  Sadly, some families remain in conflict for long periods of time, and the children often become pawns in the conflict.  Children who remain in conflicted families suffer tremendously; the consequences range from anxiety, depression and post-traumatic stress disorder (PTSD), and could ultimately impact their ability to forge healthy relationships throughout their life.  The effort made to minimize the conflict, conversely, benefit the children, and gives them the best chance for a fulfilling life.  A therapist working with a conflicted family cannot lose sight of the importance of this work, and will help the family focus on creating a safe space in which their children can flourish.

Choosing a therapist skilled in working with separated families is essential. Without proper understanding of the psychological forces at work in conflicted, separated families, professionals will have a difficult time helping families find an appropriate path, and can potentially make the situation worse.

Agencies, such as Kid’s First in Portland and For Kid’s Sake in Bangor, provide first-rate programming for families going through a separation, and can also be an excellent referral source for clinicians who are knowledgeable and proficient in working with conflicted families. 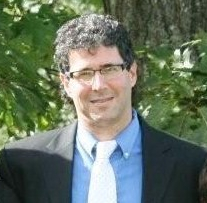 Jeffrey S. Levy, LCSW, GAL, received his MSW from University of New England and BS from the University of Maine. Jeff has been operating his private therapy practice since 2001, and he has been serving the Maine courts as a Guardian ad Litem since 2006. Jeff is an adoption social worker, serving as the Director of the Maine branch for China Adoption With Love.  He is also an instructor for the Kid’s First Program, providing separating parents guidance in working collaboratively for their children’s best interest.  Additionally, he has developed a workshop instructing therapists on how to work with Highly Conflicted Separated Families and has taught it throughout Maine. Jeff received training as a Collaborative Divorce Coach in 2014 and is a founding member and Board Member of the Maine Collaborative Law Alliance.

Search for a Collaborative Attorney, Coach and/or Financial Professional in the state of Maine.